SNK has announced that the DLC character Ura Orochi Team for the fighting fighting action The King of Fighters XV will be distributed in August 2022.

The Ura Orochi Team is a team of three people, Orochi-sha, Orochi-Cherume, and Orochichris, which made the resurrection of Orochi in the series work THE KING OF FIGHTERS '97. In the published video, the battle scene in the game is not released.

According to the release, in addition to the Ura Orochi Team, it has been announced that an additional character of one team (3 people) will appear within 2022. By combining the main game and the characters of DLC, it seems that in 2022, a total of 52 characters can be played.

In addition, THE KING OF FIGHTERS '98 Ultimate Match Final Edition (KOF '98 UM FE), which can be used by the back orchid team in the game, has been distributed to PS4 today. The sale is only downloaded, and the price is 1,980 yen including tax. 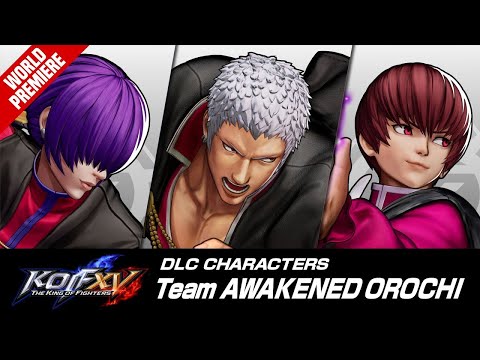