It was noted, the current updates of NEW WORLD are primarily aimed at deploying bug fixes and rebabling - including malfunctions sometimes going back to the first phases of testing, plus those generated. by the different updates deployed since the launch of the MMORPG. The last major update on the date incorporates its share of "notable bug fixes", but not to miss, the studio Amazon Games teams invite players to a "bug hunting". 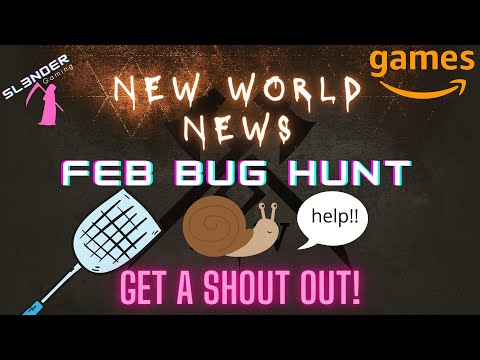 On the official forums, New World players are invited to report the dysfunctions they would have found at stake. If the bug is not already known and if the development teams manage to reproduce it, the bug will be indexed to a correction and the player will benefit from a gratification on the official forum.

It is not uncommon for soliciting players to track bugs. Traditionally, the process is nevertheless rather organized as part of phases of tests (in alpha or beta), and more rarely a few months after a commercial launch. However, the operation here allows both to involve players and demonstrating that their comments are taken into consideration - again that the reported malfunctions are actually corrected (some bugs have been reported many times Before being corrected, more or less efficiently).

Labels: launch of the MMORPG