News and updates around Halo Infinite had been sown thin lately. The fans were frustrated about the delay of the roadmap of the game and the radio styles from 343, which goes behind the scenes. Now the frustrations seem to be undergoing, as professional halo players start to take public pressure to 343, to say or do something about the game. 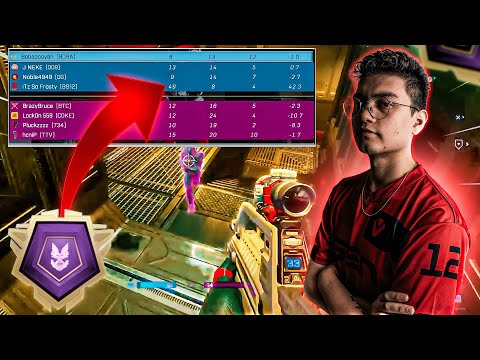 In a series of tweets collected in a Reddit contribution a group of halo-eSports players criticized the state of Halo Infinite all within 24 hours, in a seemingly concerted effort to excite the attention of 343.

"I'm sorry, but Halo is so boring at the moment. You need new content, [IT] still feels like a beta "," Renegade "of Cloud 9 says. "Hey, what is you working today?" By Eunited Tyler "Spartan" Alla leads the Halo team. Continuing this trend, Optics, Lucid 'says, "Halo Infinite and 343 make me sad. That's all."

'Snake Biss ", a professional player of Sentinels, is not as restrained in his criticism. "How many tweets from different players, streamers and creators do you think it will need to go completely in the right direction? I fully say, because the potential already exists and that's step 1. 10 years full of mistakes... awake and start to take responsibility. "

FaZ'szschnipp3down "also expresses itself openly about his frustration about Halo's competition system. "I have to use any fiber of self-control, not to perform here and fry the absolute shit out of the poor apology for a ranking system that Halo Infinite uses every day, and it just makes me sad."

This happens after it was found that the tick rate of Halo Infinite is lower than that of CS: Go, and there were also many Halo Infinite ranking matches, including the discovery that the ranked MMR (CSR) The game could be influenced by your performance in loose gameplay.

343 has never publicly answered the professionals. It is clear that the players do not appreciate the lack of transparency of the company according to the numerous delays and problems that Halo Infinite had not appreciated since its introduction before Christmas.